The capital lease is nothing but an alternative solution to borrowing. Also known as Finance Lease or Full Payout Lease, it is an agreement between two parties (Lessor and Lessee) whereby lessor purchases the asset and transfers largely all the rights, risks and rewards to the lessee against a periodically fixed rental.

A capital lease is a long-term, non-cancellable lease. It is more an arrangement of funds rather than a lease. In situations other than leasing, a firm needs to finance its assets either through borrowing or from his own capital. But, if a business has limited capital not sufficient to buy an asset, it will have to go either for borrowing or any other option like leasing. The basic difference between borrowing and leasing is of ownership. In borrowing, the ownership is transferred initially and in the latter, ownership is transferred at the end of the term of the lease if agreed so (the term is generally the life of the asset).

For a lessor, the financial lease is nothing but utilization of his money. In essence, he finances the asset and earns the interest on his money. 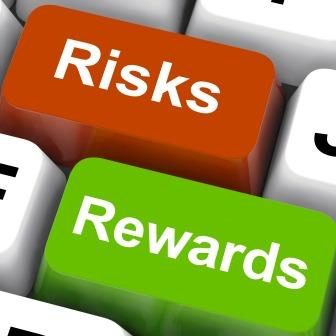 He does not have any interest in the asset as the asset is chosen by the lessee for his economic use. Assets like aircraft, railway wagons, lands, buildings, heavy machinery, diesel generating sets, ships, etc are purchased under a financial lease. Smaller assets are financed by operating lease which is different from Finance Lease.

Features of a Capital Lease

In a capital lease, ownership is transferred to the lessee at the end of the lease period. It may be transferred with or without a merger or residual amount as mentioned in the agreement of finance lease.

The Term of Lease

The term of a capital lease extends over the economic life of an asset.

Monthly lease rentals or payments are the equated monthly payments which are paid by the lessee to the lessor. In the lease rental, lessor covers the investment made, interest thereon, repairs and maintenance and profit.

The lessor has nothing to do with the asset. As he is mere a financier to the asset, the asset is purchased by the choice of the lessee who is the ultimate economic user of it.

Unlike a loan, there is no processing fee for the lease and time for processing is also quite less compared to a loan.

There is no such requirement of collateral security in the case of a lease which is a must when a big loan is taken from any bank or institution.

There are some criteria for capital lease classifications. If these criteria are not satisfied, it gets classified as operating lease.

In summary, a capital lease is an awesome option for those businessmen who neither have their own capital nor are they eligible to take a loan. Loan taking ability is generally restricted by its requirement of collateral security which every businessman may not have.