The Angle of Incidence in accounting occurs when the entire sales line crosses the cost line from below in the break-even chart. Or, it is an angle that gets created due to the sale and cost line. Usually, this angle starts forming at the break-even point, indicating how efficiently the company is making a profit. Further, the angle suggests that the rate at which the company is making profits.

A general rule of thumb is the higher the angle, the more is the profit and vice versa. A large angle of incidence means the company is making profits at a higher rate.  Similarly, a small angle suggests the profit is being earned at a lower rate.

Additionally, it gives one more significant information. If the angle of incidence is small, it means, the company is incurring more variable costs. Thus, for a business, a desirable situation is a large angle of incidence with a high margin of safety. It could further indicate that the business might have a monopoly status in its industry.

Now, let’s see how to construct a break-even chart;

As said above, the angle of incidence is the one that gets created due to the total sale and total cost line. The angle originates from the BEP (break-even point). It represents the whole area between the two lines. The larger the area, the bigger is the profit that a company is making, and the more cushion the company has in times of distress. 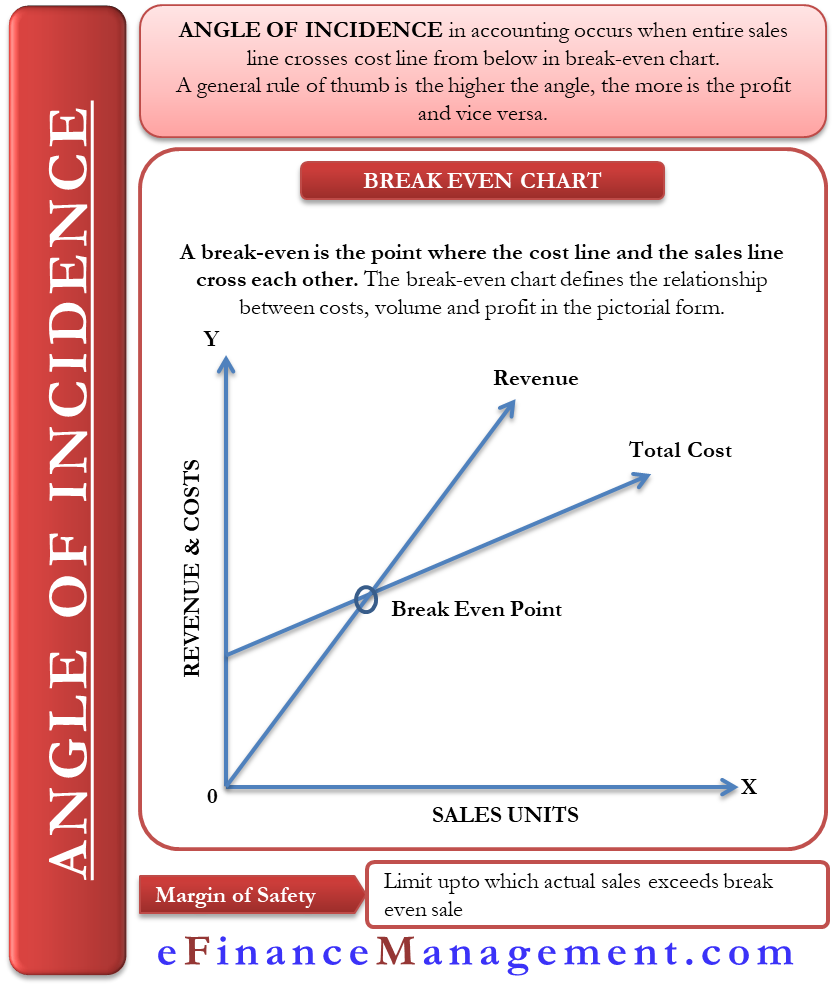 Angle of Incidence, Break Even and Margin of Safety – Relation

Before understanding the relationship between the three, it is important to understand what Margin of Safety is. It is basically the limit to which the actual or estimated sales exceed the break-even sales. You get margin of safety ratio after subtracting the actual sales from the break even sales, and the dividing the result by actual sales.

Last updated on : November 28th, 2019
What’s your view on this? Share it in comments below.
Pin It Tweet