Risk-Return Tradeoff is the relationship between the risk of investing in a financial market instrument vis-à-vis the expected or potential return from the same.

While making investment decisions, one important aspect to consider is what one is getting in return for the investment being made. Though this is one of the first things investors think of, another aspect, though comparatively less discussed but equally as important, is the quantum of risk being taken while making the investment.

The relationship between these two aspects of investment is known as the Risk-Return Tradeoff. The theory deals with how much an investor is willing to risk in order to increase the chances of higher returns.

‘Risk’ is inherent in every investment, though its scale varies depending on the instrument. Return, on the other hand, is the most sought after yet elusive phenomenon in the financial markets. In order to increase the possibility of higher return, investors need to increase the risk taken. On the other hand, if they are content with low return, the risk profile of their investment also needs to be low.

It is vital to note here that increasing risk does not guarantee higher return; it just raises the possibility of it. Thus, if an investor is seeking higher return, he’d need to increase the assumed risk else higher returns can’t be achieved.

To find the optimal combination of risk and return in a portfolio for a given investor, it is essential to understand the risk-taking ability, investment objective, and the time horizon available to achieve it.

In the investment world, one of the simplest measurements of risk is via standard deviation which measures the deviance of returns from its mean over a given period of time. Risk can be considered to be the appetite for taking losses. A higher standard deviation indicates increased risk in an investment which signals that there are higher chances of losing one’s capital in the investment.

As far as returns are concerned, they are a reward for parting with one’s money. Since the reward in financial markets is not certain while making an investment, an investor parts with his money based on ‘expected return’ from the asset class.

The dynamics of Risk-Return Tradeoff

The graph below is a Risk-Return Trade off the graph. It shows the relationship between these two variables while making an investment. 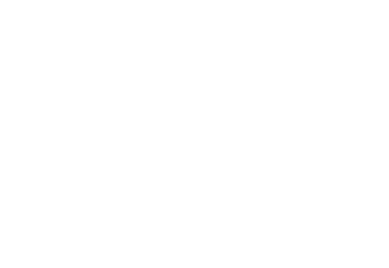 The bottom-left corner of the graph shows that there is low return for low-risk financial instruments. Government-issued bonds, for instance, US Treasuries, are considered to be the lowest risk financial instruments because they are backed up by the federal government. But due to the relatively non-speculative nature of the bonds, they have low returns than bonds issued by corporations. In fact, while assessing the expected return of instruments, the return on government bonds is considered to be the risk-free rate.

As we move along the upward sloping line in the graph, the risk rises and so does the potential return. This is understandable as investors parting with their money for riskier assets would demand better returns than a risk-free security; else they have no reason to take that risk. This is the reason why the bonds issued by governments and corporations for the same duration have different yields as with corporate bonds, there is also a default risk priced into them which is not the case with federal bonds.

So it may seem like government bonds should form a significant portion of an investment portfolio given their near risk-free nature and the stability of returns. However, much higher returns provided by other instruments like high yield bonds, and other asset classes like equities is what induces investors to assume higher risk even though there is a possibility of capital loss there.

One question that stands out for an investor while deciding about investing in a security is its required rate of return. For a given level of risk, what is the level of return that an investor would find attractive enough to part with his money? The answer lies in calculating the risk premium.

The market risk premium is in addition to the risk-free rate of return. The relationship between these variables is as follows:

The higher the standard deviation (or any other tool for assessing risk) of an instrument, the higher the risk premium is, which pushes up the required rate of return.

In the fixed income universe, the risk premium of government bonds is nearly zero, hence the required return is equal to the risk-free rate of return. For investment-grade corporate bonds, there is some risk premium primarily due to default risk, and thus, the required rate of return is higher than comparable government bonds. Meanwhile, for high yield bonds, there is much higher risk premium as their credit ratings are of speculative grade, and thus, these bonds offer the highest yields among the three.

The same argument can be extended to equities vis-à-vis fixed income investments and within the equities universe itself between blue-chip stocks, mid-cap stocks, small-cap stocks, and penny stocks and also between developed market equities and emerging market stocks.

Securities from Lowest to Highest Risk-Return

Broadly speaking, the Risk-Return Tradeoff from the lowest to the highest for conventional asset classes and instruments can be as follows. The following list is only indicative, not exhaustive: