Now a day in order to increase sales, manufacturers hire agents who can sell their goods as it might not be possible for them to look after the debtors and the sales. So also in the case of consignment, the principal hires agents for different places for a commission. Hereby, we discuss the consignment meaning, working, features, pros, and cons. 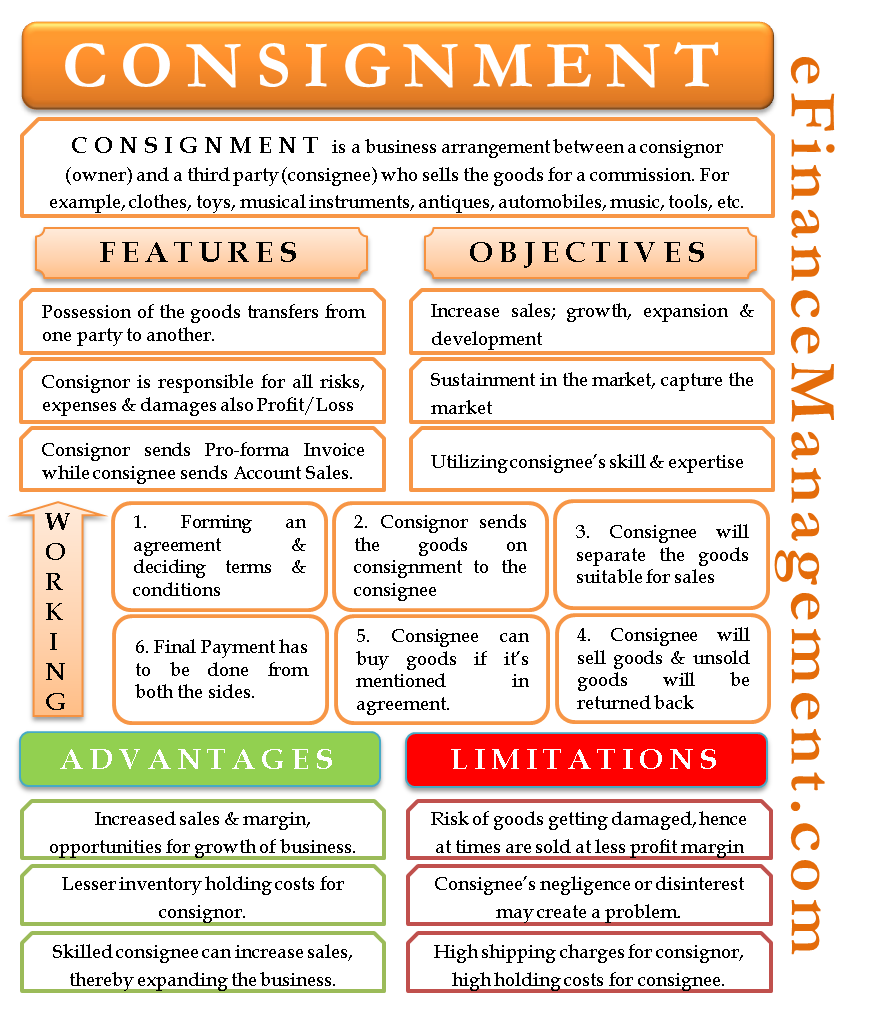 The consignor sends the goods on consignment to the consignee. The consignee will separate the goods suitable for sales and the ones not suitable (usually torn, dirty goods which may be unsaleable in some jurisdictions). However, until there is an actual sale of the goods to a buyer, one cannot treat those goods as a sale. The terms are predecided for the revenue distribution of the sales and the time period for the goods held for sale. If the goods are not sold within that time period, the consignor reclaims those goods. However, there can be an extension in the time period if it is allowed as per the agreement. In the end, there is a final payment by the consignee to the consignor for the sales proceeds less his part of commission and expenses.

Suppose there is a consignor ‘Ohlin’ who consigns his 20 musical instruments to a consignee ‘Richard’. Richard pays some money in the form of advance to Ohlin. Here there is a transfer of the possession of the goods but not the ownership. However, Richard could only sell 18 instruments and agrees to buy the rest two at a 5% lesser price than the market price. Ohlin agrees for the same. If the instruments would have not yet been purchased by any, then the Ohlin would repossess them. At the last, Richard will do a final payment of the balances due by and to him. He will deduct his part of commission, expenses and obviously the advance.