Incremental budgeting is an important part of management accounting based on the premise of making a small change to the existing budget for arriving at the new budget. Only incremental amounts are added to arrive at the new budgeted numbers.

The budget used for the current fiscal year becomes the base for working on the forthcoming year’s budgetary allocation. The management assumes that all departments will continue to operate at their current level of expenditure, and cases, where any additional amount is required, will be added to arrive at the next year’s budgeting estimates—cases where lesser expenditure may cause the budget reduction from the current year base amid certain assumptions.

There is no fixed formula to arrive at the incremental budget. However, there is an approach that is followed. The approach for this budgeting starts with an assumption that the expenditures incurred in the previous year will be the starting point of estimates for the current year. An insight into the advantages and disadvantages of incremental budgeting may help understand the concept better.

Despite multiple advantages, incremental budgeting has its own limitations, which are listed as under: 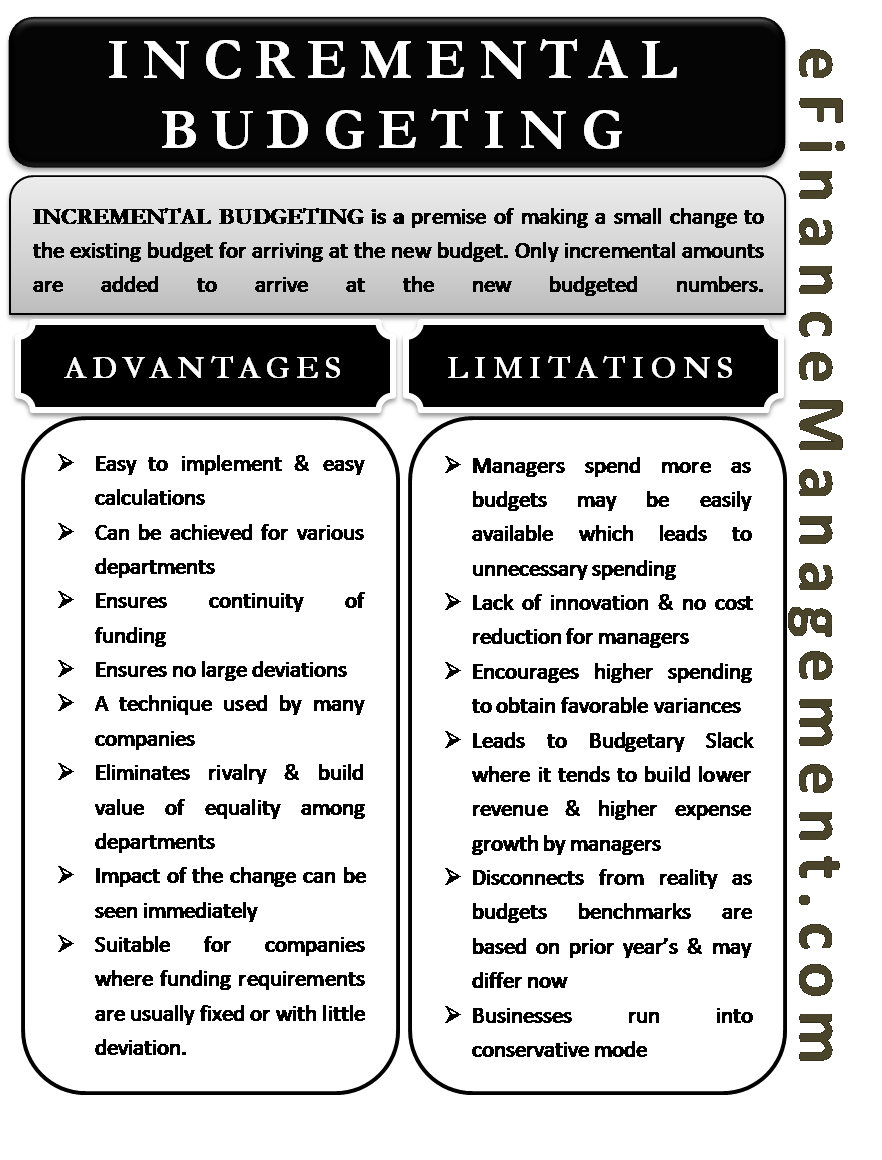 To sum up, one can say that incremental budgeting though very easy to compute and implement, comes with larger limitations. It may lead a company to get into a non-innovating conservative mindset which may not suit companies in all industries.

For companies that have steady budgets which seldom change over years may very well opt for an incremental budget. However, it would be appropriate to undertake a complete assessment of funding requirements as in the case of more advanced budgeting techniques like zero-based budgeting and then arrive at the budgetary allocations in today’s dynamic industry scenario.