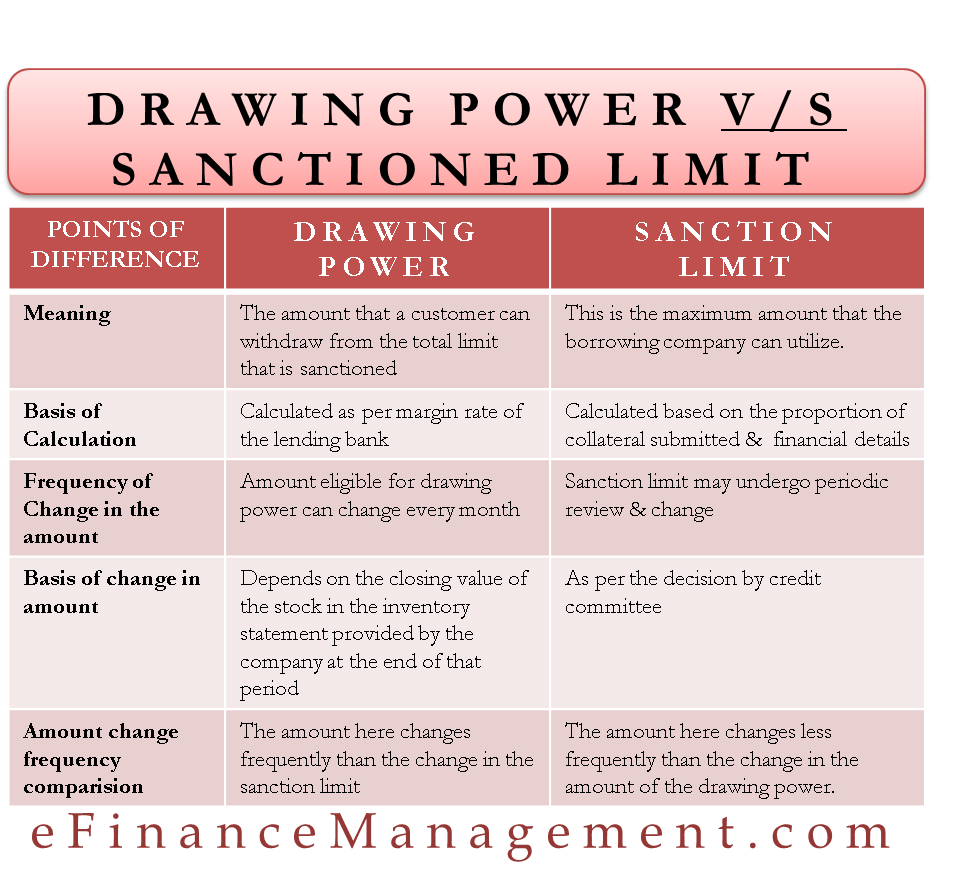 Let us now look at the differences between drawing power and sanctioned limit that distinguish them from each other:

While drawing power and sanctioned limits are of longer tenure arrangements to meet the working capital requirements of the client as they require temporary financing for meeting short-term requirements. Hence, a tailor-made arrangement is made available to the clients as one-off overdraft facility, normally for a period of not more than 30 days. This is called Temporary Overdraft facility (TOD).

A Temporary Overdraft facility is made available to the customer to meet his immediate credit requirements. TOD is short term and is generally not backed by any security. The bank usually charges slightly higher interest rates for the given TOD facility which certain terms and conditions attached. TOD amount is over and above the sanctioned regular limit, however, it is still supposed to be within the drawing power at the time of “TOD sanction” based on the updated stock, creditors and book debts position.

Working capital limit sanctioned by the company is normally given basis strict credit appraisal of the client taking into consideration the company’s own funds, debtors, stock and other securities provided. While drawing power is the highest amount allowed to be drawn from the limits sanctioned.1,2