Zero-Based budgeting and traditional budgeting are the two predominantly used budgeting techniques. These techniques help the companies to allocate capital to different departments.  These methods of budgeting vary from each other in many aspects viz. justification of data, the base of budgeting, ease in the modification of budget components, the time required, allocation of resources, ease of preparation and training, etc.

Both the methods have their own advantages and disadvantages. , So companies need to wisely choose the preferred method choice, depending on what they desire to achieve through the budgeting process. Before going through the difference between zero-based budgeting and traditional budgeting, let us understand their meaning of in brief.

Zero-based budgeting is a budgeting method where current year’s budget is prepared from the scratch i.e. taking the base as zero. The old and the new activities of the business are ranked according to their importance and based on that, resources are allocated to each activity without considering the past budgets or achievements. 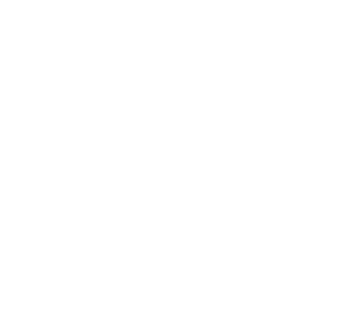 Zero Based Vs. Traditional Budgeting

Following points will highlight the points of difference between zero-based budgeting and traditional budgeting.

Zero-based budgeting is done taking the base as zero as if there is no past or historical data. Here all the items in the cash flow need to be justified. So a new expense or income, as well as an old expense or income, requires a justification. While preparing the traditional budgets, only the items which are over and above the last year’s budget need to be justified. So, only incremental changes require an explanation, not everything else.

Zero-based budgeting is done considering the base as zero (without considering the budget of the previous year). For every financial period, a fresh budget is prepared from the scratch. On the other hand, traditional budgeting uses previous year’s budget as a baseline to make current year’s budget. So the main stress lies on the previous level of expenditure.Ease of Modification of Budget Components

One of the biggest problems with zero-based budgeting is that it is a time-consuming process as the budget is prepared right from the start. Any project, before being added to the budget, goes through a lot of comparisons and approvals which lead to spending excessive time on each project. On the other hand, traditional budgeting is less time-consuming. Since changes are done in the previous year’s budget to meet the needs of the current period, half the work is already done before the budget process starts and only incremental changes are required.

In zero-based budgeting, the budgets are prepared by allocating maximum resources to those activities which benefit the organization. The activities which are revenue generating and critical to the survival of the business, get the topmost priority. So with zero-based budgeting, the management can focus on priority decisions. Traditional budgeting is done without giving any priority to vital activities of the business and last year’s budget is simply adjusted considering the inflation factor.

Ease of Preparation and Training

1 thought on “Zero Based Vs. Traditional Budgeting”