Value Added Statement is a financial statement that depicts wealth created by an organization and how is that wealth distributed among various stakeholders. The various stakeholders comprise of the employees, shareholders, government, creditors and the wealth that is retained in the business.

As per the concept of Enterprise Theory, profit is calculated for various stakeholders by an organization. Value Added is this profit generated by the collective efforts of management, employees, capital and the utilization of its capacity that is distributed amongst its various stakeholders.

Following is the format of the statement of Value Added explained with an example. 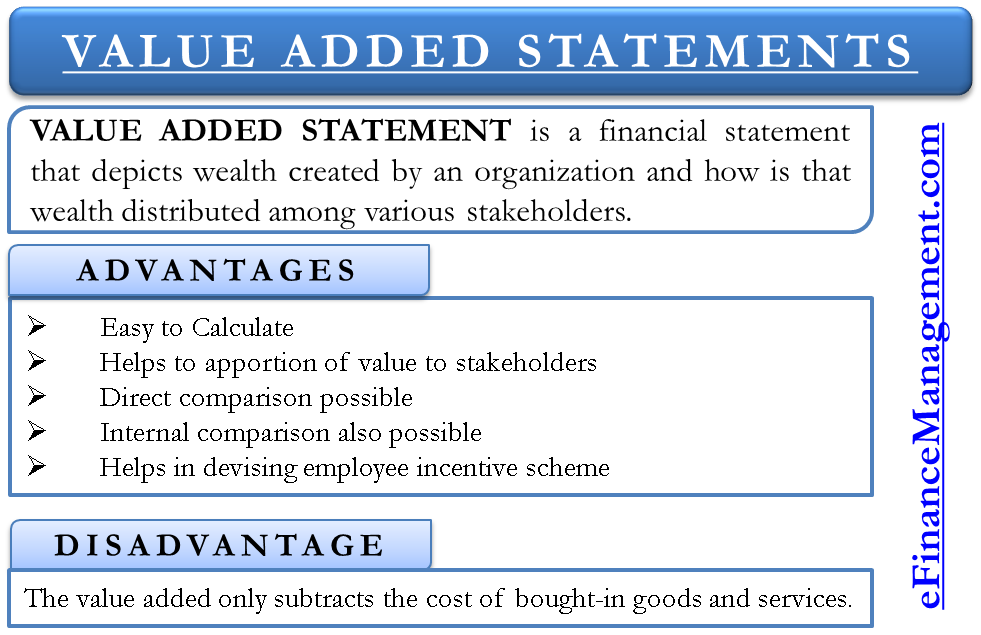 Advantages of a Value Added Statement

Difference between Value Added and Profit