Every organization has some level of cash requirement for keeping its operations functional. Companies that are able to meet its cash requirement from a source with minimum cost, would maximize value for shareholders. Hence, the level of cash and liquidity of assets are very crucial to the survival of any organization. Liquidity is how easily an asset can be converted into cash.

Liquidity ratios give an idea about company’s ability to convert its assets into cash and pay its current liabilities with that cash whenever required. In simple language, they indicate the company’s ability to pay its short-term obligations whenever they are payable. Liquidity ratios focus on short-term survival of the company, while solvency focuses on long-term survival.

It is similar to the current ratio. However, in current assets, illiquid assets like inventory are not considered. Inventory can only be liquidated when there are buyers for the same. In the economic downturn or emergency situations, it will be difficult to sell inventory. 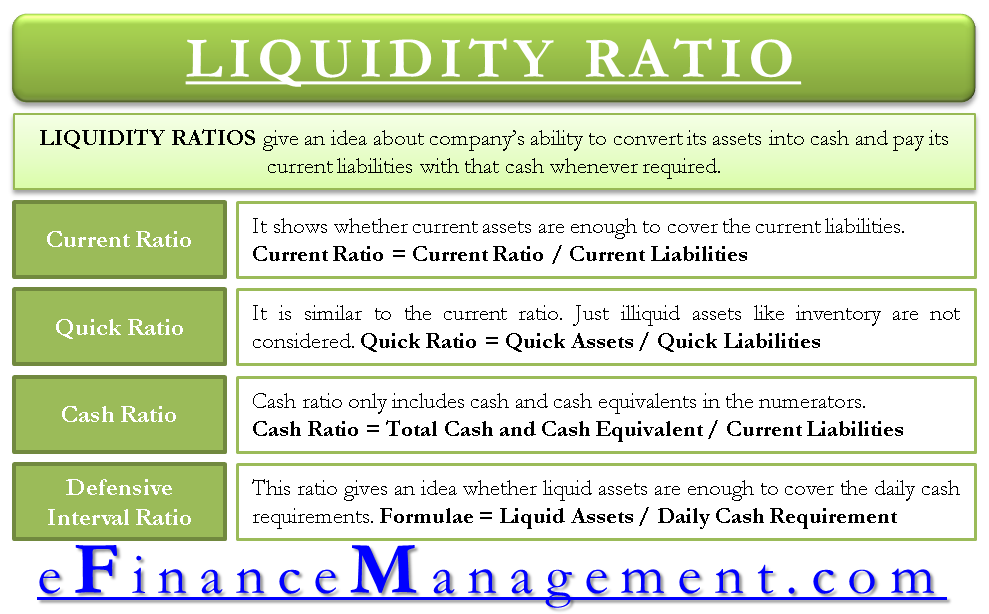 All the comparative analysis will less reliable if companies are of different industry, location or size. It should be used to compare companies of same nature.1–3