Net Operating Income Approach to capital structure believes that the value of a firm is not affected by the change of debt component in the capital structure. It assumes that the benefit that a firm derives by infusion of debt is negated by the simultaneous increase in the required rate of return by the equity shareholders. With an increase in debt, the risk associated with the firm, mainly bankruptcy risk, also increases and such a risk perception increases the expectations of the equity shareholders. 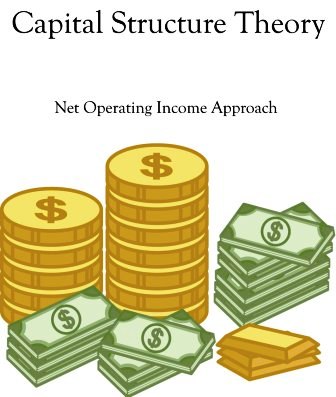 There is one school of thought advocating the idea that increasing the debt component or the leverage of a company will increase the value of a firm. On the other hand, increasing the leverage of the company also increases the risk of the company. There are various theories which establish the relationship between financial leverage, weighted average cost of capital and the total value of the firm. One such theory it the Net Operating Income Approach.

This approach was put forth by Durand and totally differs from the Net Income Approach. Also famous as traditional approach, Net Operating Income Approach suggests that change in debt of the firm/company or the change in leverage fails to affect the total value of the firm/company. As per this approach, the WACC and the total value of a company are independent of the capital structure decision or financial leverage of a company.

It further says that with the increase in the debt component of a company, the company is faced with higher risk. To compensate that, the equity shareholders expect more returns. Thus, with an increase in financial leverage, the cost of equity increases. 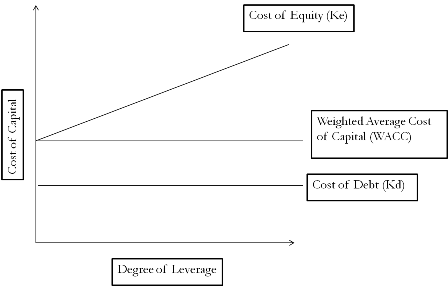 Consider a fictitious company with below figures. All figures in USD.

Calculating the value of the company:

Now, assume that the proportion of debt increases from 300,000 to 400,000 and everything else remains same.

As observed, in the case of Net Operating Income approach, with the increase in debt proportion, the total market value of the company remains unchanged, but the cost of equity increases.