Debt to total asset ratio is the ratio indicating the percentage of total assets of the company financed from debt. It is a broad financial parameter used to measures what part of assets are served by liabilities (debt) signifying financial risk. It is one of the solvency ratios and helps in measuring how far the company is capable of meeting its long-term financial obligations.

The formula can be expressed as mentioned below: 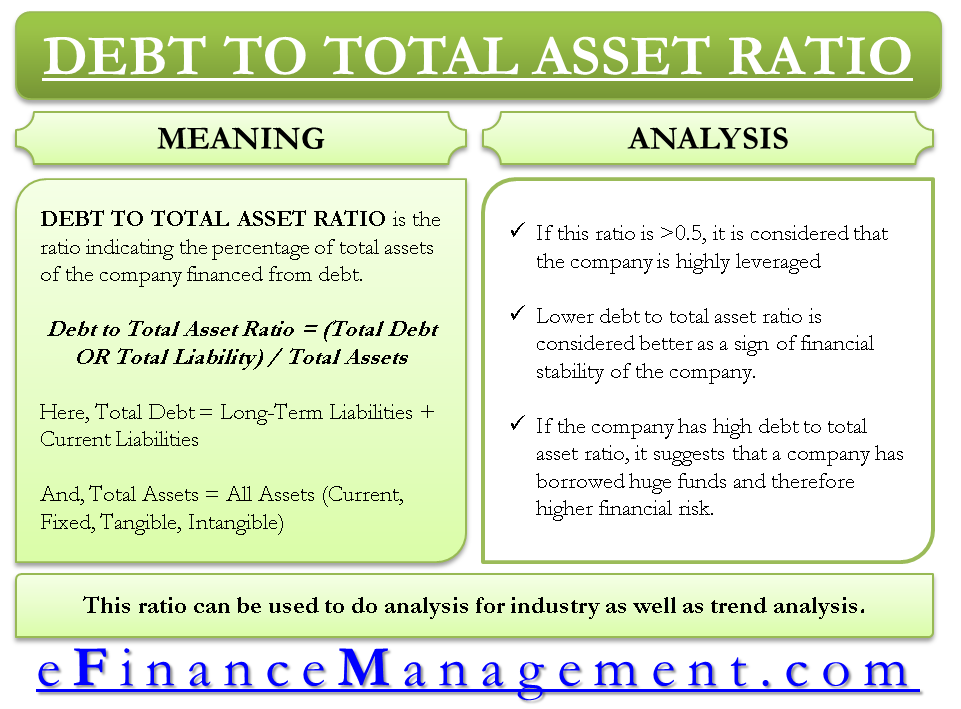 Analysis and Interpretation of Debt to Total Asset Ratio

Just like other financial ratios, this ratio can be correctly interpreted when compared to its industry average or value of this ratio with competitor companies. If this ratio is >0.5, it is considered that the company is highly leveraged i.e. more than 50% assets are from borrowings either short term or long term. 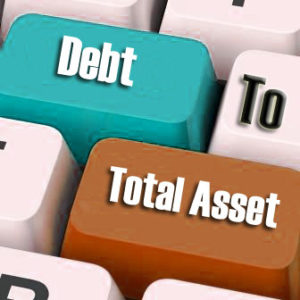 A high debt to total asset ratio does not go too well with the investors too. It suggests that a high portion of the company’s assets are claimed by the creditors. Also, if a company has a high debt, it will end up paying a huge chunk of its operating profits on interest, which signifies higher risk associated with the company’s operations.

If we look from a longer and futuristic perspective, a high debt to total asset ratio also suggests that the company is risky to invest in because to the company would not be able to secure loans for its future projects due to already higher debt to asset ratio resulting in lower borrowing capacity.

Thus, it can be implied that about 75% of company’s assets are met by debt. If a majority of these 75% lenders starts claiming their money, the company may face cash flow mismatch problem which may lead to bankruptcy.

Last updated on : April 30th, 2019
What’s your view on this? Share it in comments below.
Pin It Tweet