Revaluation is a method to describe true value of assets owned by the company. The revaluation of long-lived assets is allowed only in IFRS and not in GAAP. It is done to report the fair market value of the long-lived assets. The revaluation is different from a planned depreciation which is linked to the age of the asset. Even if a firm is looking at reselling its asset, the asset is revalued for the negotiation.

Any company going for the revaluation of its long-lived assets may have one of the following reasons: 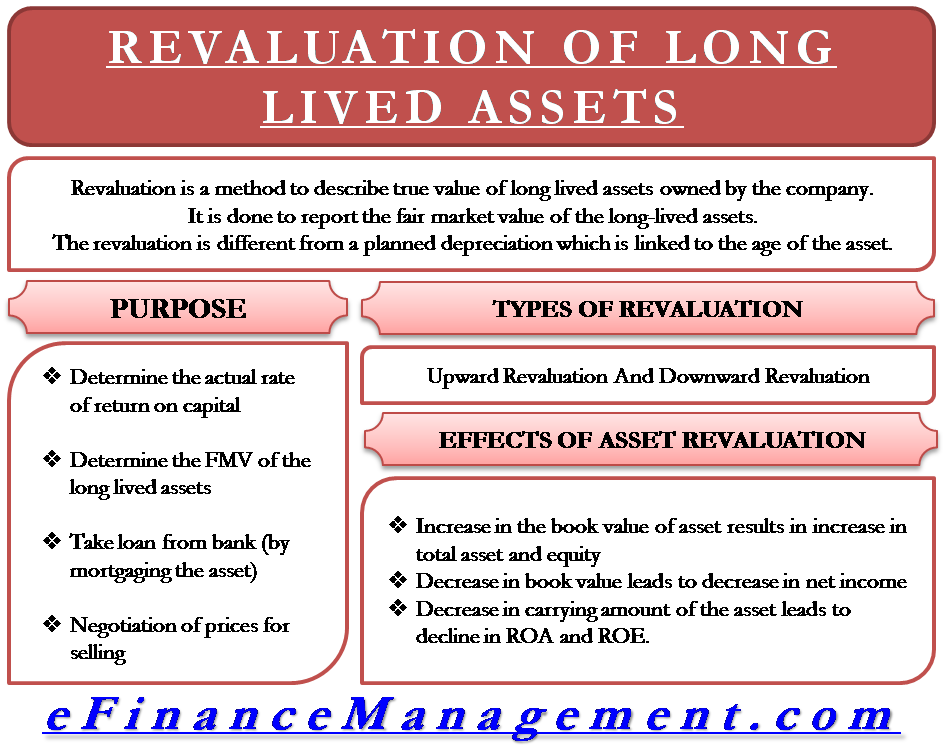 If an asset is disposed off or retired, the amount of surplus is recognized directly under retained earnings.

The revaluation of long-lived assets has an effect on all the financial statements in the following ways:

Conclusion: The revaluation of assets is an important accounting decision in the firm as it impacts various financial statements. Though it is not allowed under U.S. GAAP, the companies following IFRS should undergo the revaluation diligently.1

Last updated on : August 31st, 2019
What’s your view on this? Share it in comments below.
Pin It Tweet